Why Bitcoin May Soon Bounce From Here

Bitcoin’s drop over the past day has seemingly been relentless. The leading cryptocurrency has shed support after support level despite buyers attempting to step in. As of the time of this article’s writing, BTC trades for $11,700, around $700 below the local high.

Despite this strong sell off in a short time frame, an analyst says that Bitcoin could bounce. 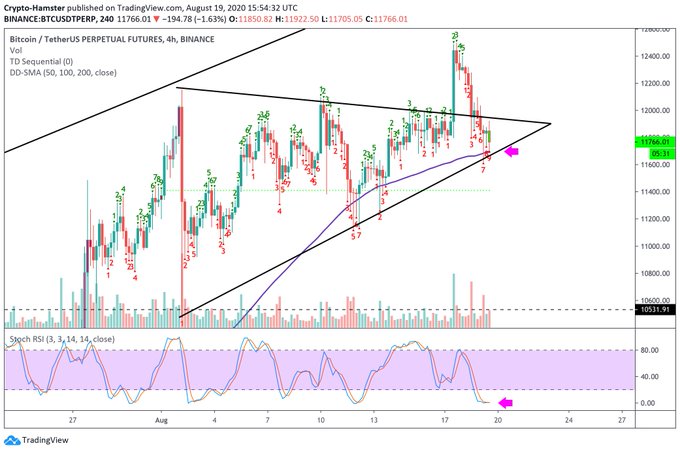 Really? Not Everyone Thinks a Bounce Is Imminent

Despite these technical signals, not everyone is convinced that a bounce is imminent.

Michael Van De Poppe, a trader at the Amsterdam Stock Exchange that follows crypto closely, said earlier today that the move on Monday was a clear “fake-out.” This fake-out should lead to a correction, he suggested:

“Well, we did get the fake-out, didn’t we? I thought the drop would be towards $11,500 but came close. The general scenario is that we’ll be ranging a bit here, before continuation of the downwards momentum. Overall -> alts (smaller ones) continue to do well.”

Others noted that the cryptocurrency is becoming “fragile” as it nears extremely important support levels like $11,700-11,800.