Bitcoin’s bounce on Friday convinced many traders that bulls may still be in control, despite initial sentiment indicating otherwise.

One cryptocurrency trader, who accurately predicted much of the ongoing breakout, shared the chart below on August 8th. It shows that since Bitcoin cleanly bounced off the support around $11,500, which coincides with the Monday high and monthly open, is will continue to push higher in the days ahead.

Suggesting that BTC could soon revisit the $12,000 price range, the trader wrote:

“$BTC. Nice S/R flip at a confluent level yesterday. 1H MS broke to the upside. Want to see $11.6k hold and then price move up to chip away at the 4H supply again. Still bullish. #Bitcoin.” 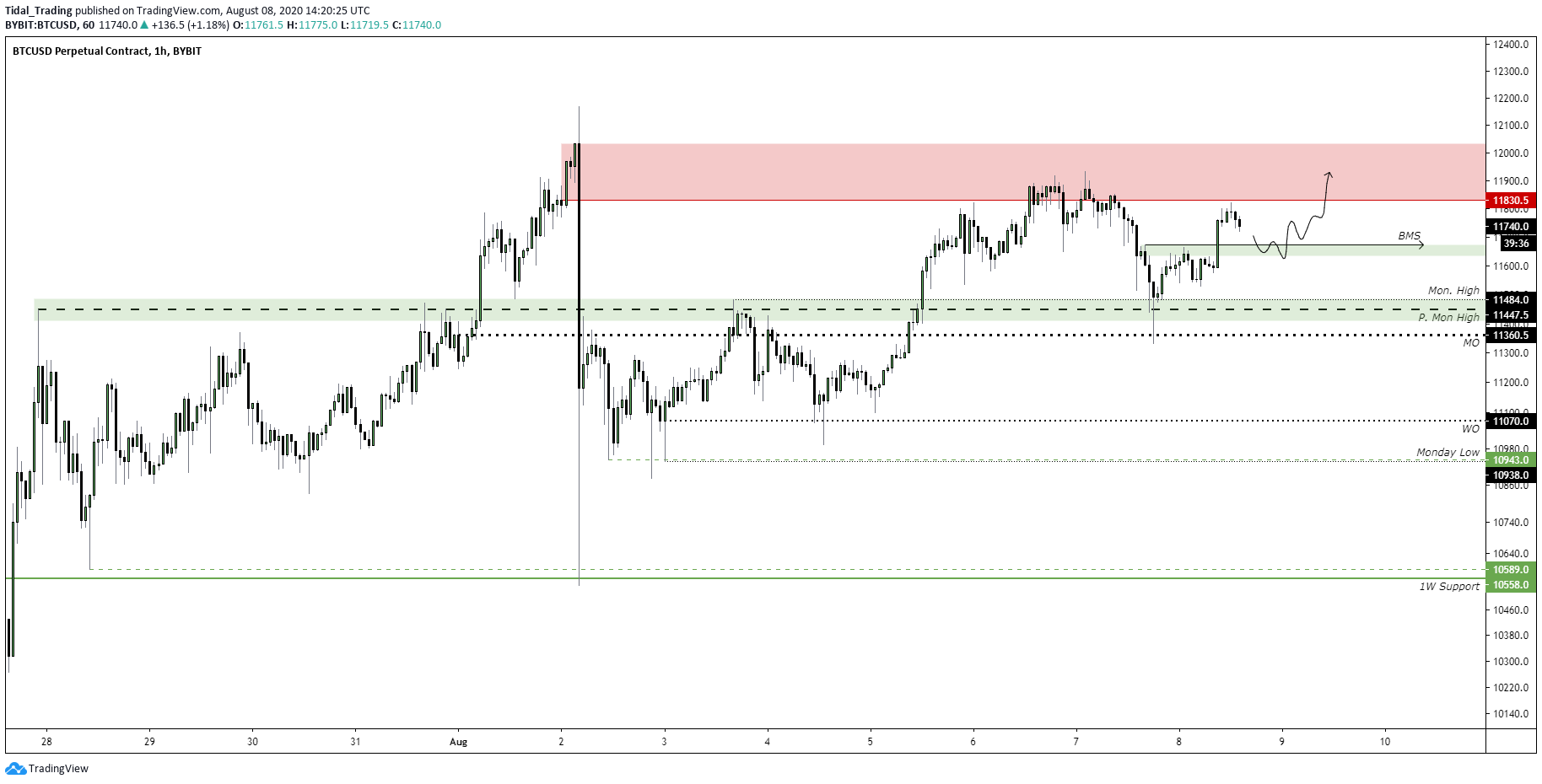 The trader does think, though, that Bitcoin could dip back towards $11,600, before surging higher to $12,000. The prediction suggests BTC could hit $12,000 by this time tomorrow, which really isn’t that far away.

Further boosting Bitcoin is the ongoing rally in altcoins. As the leading cryptocurrency has stagnated, prominent altcoins have pressed higher and higher. In the past 24 hours, Chainlink (LINK) has gained approximately 40%, entering a parabolic price discovery phase.

Eventually, analysts say, these profits will be cycled into Bitcoin and other large-cap altcoins such as Ethereum.

Altcoin profits from the June rally are actually what is believed to have pushed BTC higher from the low-$9,000s to the local high of $12,200 in late July and earlier this month.

Assuming a similar move, BTC could soon trade at $15,000 assuming enough profits from altcoins flood into the market leader.