Stellar Lumens is back in the spotlight of the cryptocurrency market after the impressive bull run it has gone through in the last three days. The cross-border remittances token surged over 50% to hit price levels not seen in over a year.

As the buying pressure behind it skyrocketed, XLM reached a new yearly high of nearly $0.10.

Market participants seem to be growing overwhelmingly optimistic about what the future holds for Stellar Lumens. However, different metrics estimate that a correction is underway.

A Downswing on Stellar’s Horizon

The Tom Demark (TD) Sequential indicator has demonstrated that it can determine when Stellar is about to reach local tops and bottoms. Over the past four months, this technical index has been able to accurately predict some of the most significant exhaustion points that XLM has reached.

In mid-February, for instance, after the international settlements token peaked at a high of $0.089, the TD setup presented a sell signal in the form of a green nine candlestick. Following the bearish formation on XLM’s 12-hour chart, the price of this altcoin entered a downward impulse that saw it plummet by nearly 35%.

The TD Sequential was also able to determine that Lumens was reaching oversold territory in late June and provided a buy signal. Subsequently, this altcoin surged over 15% and resumed the uptrend that began after March’s market meltdown.

Now, this technical indicator is currently presenting a green nine candlestick, which is indicative of a retracement on the works. Even though the sell signal has yet to be confirmed, the levels of attention that this cryptocurrency has generated adds credence to the bearish outlook.

Go Against the Herd

Due to the increasing XLM-related mentions across multiple social media platforms, this token made it to the top five topics in Santiment’s Emerging Trends. Rising to the top of this list can be considered a highly concerning sign for Stellar’s price action.

Dino Ibisbegovic, head of content and SEO at Santiment, recently stated that when too many market participants are paying attention to a given asset because its price is increasing, it usually leads to a steep decline.

“Within the next 12 days after a coin claims a top 3 position on our list of Emerging Trends, its price drops by an average of 8.2 percent. Based on our study, once the increased crowd attention subsides (which usually happens in a matter of hours/days), a short-term price correction – or consolidation – is often a likely outcome,” said Ibisbegovic. 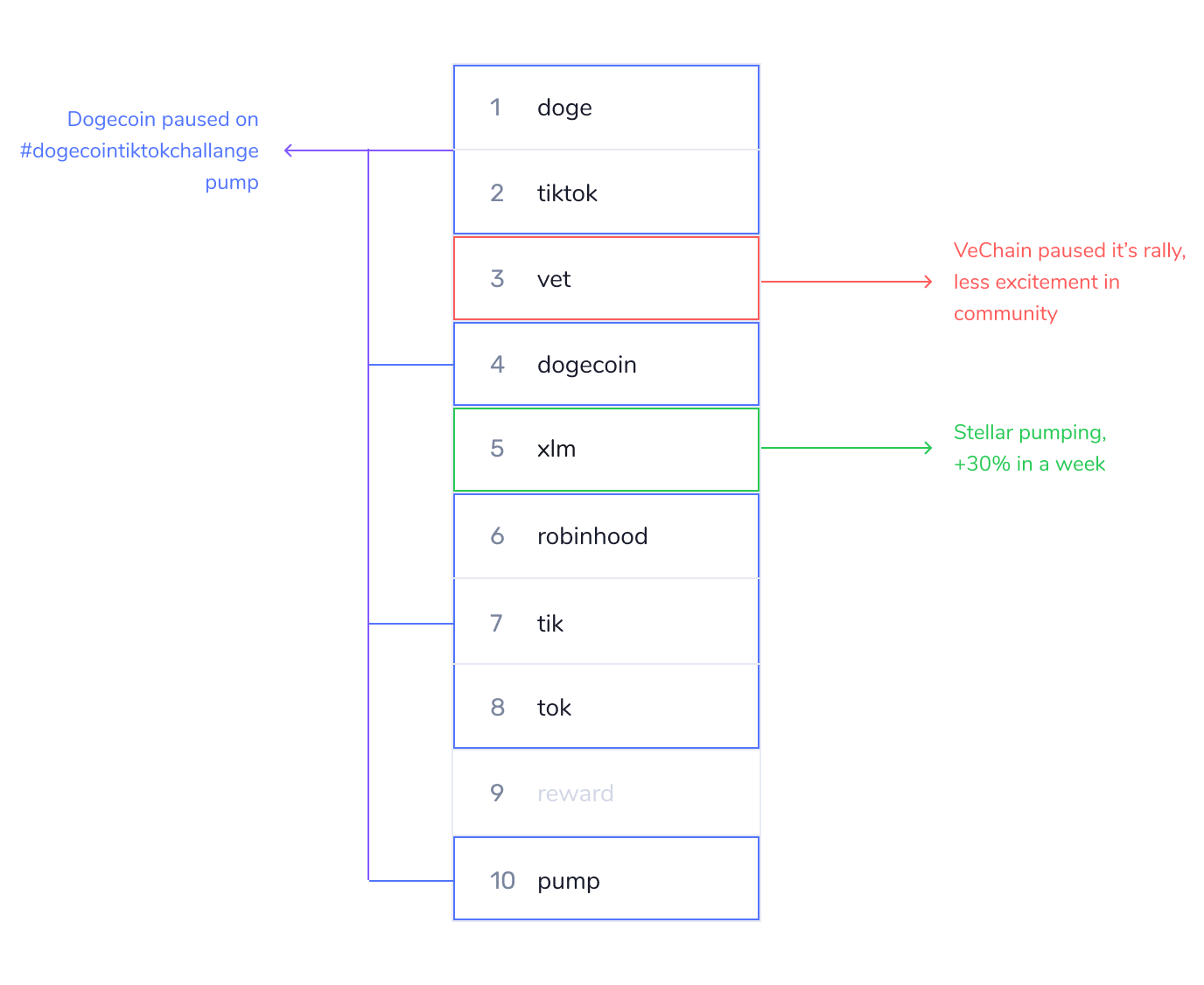 Given the spike in social volume that XLM has experienced, investors must be cautious about a potential correction in the days to come. On its way down, Stellar could find support around the $0.084 level, which has proven to be a critical supply barrier in the past.